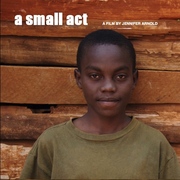 Export to Outlook or iCal (.ics)

You are cordially invited to a screening of "A Small Act" as a fundraiser for Education Beyond Borders (EBB) at Vancouver Technical Secondary School on Thursday, January 20, 2011 .

The film that will be screened is "A Small Act," which takes place in rural Kenya. When Hilde Back sponsored a young, Kenyan student, she thought nothing of it. She certainly never expected to hear from him, but years later she does. Now a Harvard graduate and a Human Rights Lawyer for the United Nations, Chris Mburu decides to find the stranger that changed his life. Inspired by her generosity, he starts a scholarship program of his own and names it for his former benefactor.

Using a strong narrative, the film interweaves seemingly separate lives into a cohesive whole. With clarity and grace, "A Small Act", bears witness to the ripple effect a single action can create.

EBB kindly requests your presence and support in this fundraiser. Your kindness and generosity will go a long way in empowering and enhancing collaboration amongst educators near and far.

Tickets can be purchased for a nominal price of $10 per ticket from Mali Bain, Aarthi Naidu, Katharine Kan or the following 10,000 Villages locations after January 7, 2011:

RSVP for Movie Screening: A Small Act to add comments!

Please consider clicking on the Twitter and Facebook links to share with your networks and please RSVP to provide organizers with approximate numbers for attendance. Thanks!