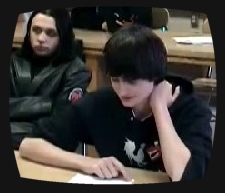 A note for those already participating in California High School Speech Association (CHSSA) High School Parliamentary Debating – Many of the established rules for CHSSA parliamentary debate (e.g., no materials prepared at times other than the 20 minute preparation time prior to the debate may be used during a debate) are applicable in the HSPDP format. There are differences in topic announcement, number of participants on a team, speaker time limits, Points of Information, and heckling.

Participants are expected to uphold the highest standards of personal and intellectual integrity. No student may manufacture information for use in debates; no judge may issue an unaccountable and unfair decision; no coach may suborn unethical practice. Individuals and schools may forfeit debates, awards, and league participation for violations.

There are two sides in the debate: the proposition side and the opposition side. The proposition team makes a case for the motion. The opposition team opposes the case made by the proposition team, using direct and indirect refutation. Motions for debate are generally announced 2-4 weeks prior to competitions. Impromptu topics are included in debate competitions. Typically, each league tournament includes 2 extemporaneous (pre-announced) and 2 impromptu motions for debate. Impromptu topics, drawn from current events and notable public policy issues, are announced 20 minutes prior to debates.

There are three debaters per side. Each debater gives one speech. This is the order of the speeches:

This speaker makes a case for the motion for debate, providing a proof of the topic with three or four major points.

This speaker should rebuild and extend upon the proposition’s case. This means that this speaker must defend and amplify the original proposition points and refute the opposition’s major arguments.

This speaker must put the debate together and explain why, given one or more arguments in the debate, the opposition team should win the debate. This speaker accounts for or refutes the proposition’s major points.

A Point of Information is a request that the speaker holding the floor yield time to an opponent for a statement (argument) or a question. A person applies for a point of information by standing or standing and saying Information” or “Point of Information.” A speaker may reject a point by gently waving a hand in the down position, indicating that the opponent should sit. A speaker may also reject the point verbally by saying “No, thank you.” Either method of rejecting a point attempt may be used, although the former is preferred as it is less disruptive for the speaker. If the speaker accepts a point (2 or more points ought to be accepted during any given speech), the speaker simply replies to an attempt by saying “Yes” or “I’ll take your point.” It is possible for more than one person on a team to request a point at any one time. A rejection by the speaker (by a nonverbal wave of the hand or negative verbal reply) is understood to apply to all opponents attempting a point at that time.

A Point of Information, also known as a POI, may only be attempted during the middle four minutes of each constructive speech – the 6 minutes speeches of the debate (after the first and before the last minute; the opening and closing minutes of a speech are identified as ‘protected time’ for the speaker and may not be interrupted by POIs. An accepted POI may not be more than 15 seconds.

Strategically directed heckling (supportive and argumentative) is permitted. Heckling is a single word or brief phrase (almost always no more than 2 words) and directed to the judge of the debate. A heckle is a reminder to the judge to pay close attention to the information immediately expressed by the speaker. Some heckles are non-verbal and supportive of teammates (e.g., applause during a speech by teammates rapping their knuckles or the palm of their hands on a desktop to encourage the judge to heed a particularly strong point being made by the speaker.) Other heckles are verbal and alert the judge to a problem in the opposing side’s argument. For example, if a member of an opposing team offers a major point without including evidence to verify her or his reasoning (i.e., the speakers does not make a complete argument, which must include ‘A-R-E,’ Assertion-Reasoning-Evidence) a person on the listening team may heckle by calling out, “Evidence.” This lets the judge know that the point is not yet an argument and should not receive the same standing as well-supported issues that are presented in the debate.

Barracking, the disruption of a speaker through constant and boorish commentary (often referred to as ‘the heckler’s veto’) is not permitted.