One of the most tyrannical leaders in the history of mankind, Adolf Hitler died a relatively common death of April 30, 1945.   On 1 May, at 9.30 in the evening, Hamburg radio warned the German people that "a grave and important announcement" was about to be made. This was immediately followed by several excerpts from a number of Wagner's operas and the slow movement of Bruckner's Seventh Symphony. Then at 10.20 pm, came the voice of Grand-Admiral Karl Donitz, Commander-in-chief for the north of Germany. In somber tones, he announced the death of Hitler and his own succession as Fuhrer of the Reich. Hitler had fallen "this afternoon," he said, fighting "at the head of his troops".

This statement was believed by many. The Times of London printed Hitler's obituary next day. President Valera of Ireland sent his condolences to the German ambassador in Dublin. But it was untrue. Hitler, as the world was later told, had died the previous day and had not fallen in action, as a heroic martyr, but had committed suicide without leaving the Bunker under the Reich’s Chancellery where he had been since 16 January 1945. Donitz perhaps had more than one reason for releasing the story he did. He may not have been aware of all the facts, but in any case he must have wondered how the German troops would have reacted if they had been told that their leader had not died a glorious death but had taken his own life.

Whatever Donitz's reasons, this erroneous story, combined with the complete silence on the part of the Russians regarding what they had or had not found in the Reichs Chancellery and the absence of a body - either Hitler's or Eva Braun's - did not convince many people. On the contrary, throughout the summer of 1945 the rumors that Hitler was still alive gathered pace. Did Hitler die by shooting himself in the head and biting down on cyanide at the same time?  Was his body taken to the surface of the grounds and then burned?  You decide.

The class will be divided into two groups and research will be conduct on both sides.  We are not discussing what Hitler did before April 30, 1945.  What we are concentrating on is the time in the bunker and the time after.  Could one of the greatest mass murderers of all times escaped?

Teachers:  Have each group make a PPT or Video backing up their findings.  Then contact Michael Cunningham

to have an international video conference and compare ideas with school all around the world.

The Day He Died 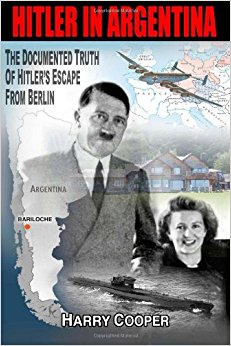 Not Dead and Escaped

Witness To The Escape

Did Not Kill Himself