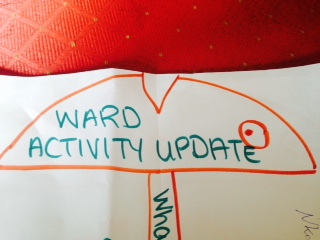 There were four categories that the trainers were asked to discuss and answer. There was lots of talking and sharing among the teachers.

1.What activities have you been practicing in your class?

2. Have you given in class demos for other teachers? 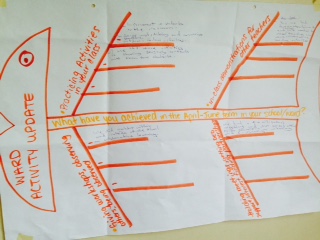 3. Have you given workshops, observed or were observed in your schools? 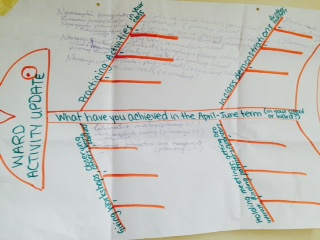 4. Did you hold any meetings, work with the District Education Officer or look for partners?

At the end of the trainer workshops the teachers met in their two wards and discussed plans for the upcoming term. Plans included demos, workshops in their schools, acquiring partners and DEO support. We look forward to a successful term for the coordinators, trainers and teachers of EBB Tanzania!