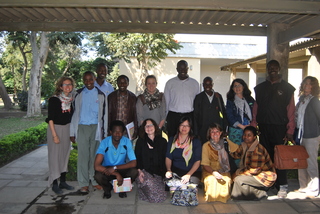 The facilitator training: Seven teachers, along with Mr. Urio and Mr. Mussa the ward education officers, came to Arusha Technical College to be trained as facilitators of our methodology workshops. The focus for the EBB team was to model facilitation skills and collaborative learning strategies that the facilitators could use in the upcoming two weeks.  The EBB team strove to improve metacognition to ensure the facilitators really understood what we were doing and the educational purpose behind each activity. The common thread for the facilitation workshop was implementing strategies to engage large class sizes (50+). The two topics we focused on were Collaborative Learning and Inquiry-Based Learning. 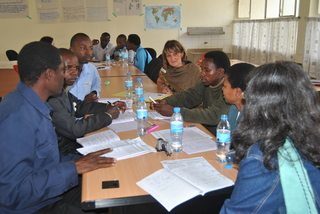 The EBB team then collaborated and shared duties with their Tanzanian colleagues to create the schedule for the Teacher Workshops, lead introductions, reflections and debriefs during those workshops.  The new Tanzanian facilitators concentrated on co-creating workshop sessions on Collaborative Learning and Inquiry-Based Learning. Additionally we discussed evaluation and outlined the methods EBB uses to evaluate its projects, including initial surveys, exit surveys and individual interviews. 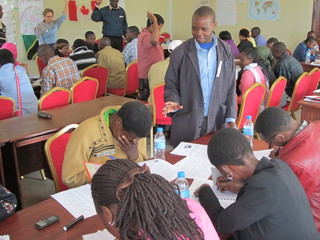 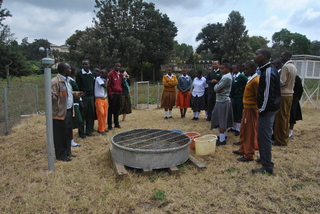 We also conducted a one-day student leadership workshop. 20 secondary students attended as well 4 students from SEMS Teacher Training College and one instructor. The students participated in some collaborative activities discussing leadership issues and skills and how to practice these skills in their schools. The students were also given a talk by the president of the Arusha Technical College Student Union.  He also led the students on a tour around the campus with a focus on the agricultural programs.

A huge THANK YOU to our team who volunteered for the 2013 program:

For more photos from this project, click here: Tanzania 2013