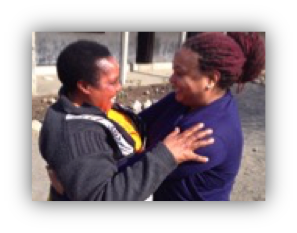 Head Teacher & District/Ward Officer Conference: There were 27 senior administrators, mainly head teachers, assistant head teachers, academic leads, and district officials. There were also a few teachers in attendance who had been identified by their head teachers as future leaders in their schools. Since this conference was a new addition to the complement of professional development activities offered by EBB, it was an opportunity to test-drive new material on leadership development and advocacy. The Canadian team worked exceptionally well before and during the conference to tweak the curriculum in order to make it a good fit for the participants.

Facilitator training: 10 teachers were trained as teacher facilitators from the Leguruki and Ngarenanyuki Wards. 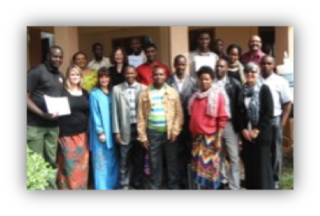 Unfortunately, many facilitators invited could not attend; however those that could, received a deeper collaboration with Canadian colleagues. For the EBB team, co-designing the teacher conference with the teacher facilitators was the highlight of the week. It was extremely rewarding to watch these teachers step forward with confidence and professionalism to deliver teacher conferences the following week. It was equally rewarding for our team to witness the leadership and collegiality between facilitators as they took the reins to chart new pathways for EBB sustainability in their wards and elected PLC Coordinators who would lead the charge. Teacher workshops: This year was our first time experimenting with a decentralized approach to workshop delivery in order to show teacher facilitators how they can use this approach for conducting conferences throughout the year in their respective wards. As a result we were able to reach many more teachers than last year. In small teams, the teacher facilitators delivered six teacher conferences, each in a different school, over three days.

The conference was 3-hours in length and delivered in the morning and then the same session repeated in the afternoon. Teachers were invited to attend the conference at the school that was closest to them and at the time of day best suited to their teaching schedule. In the Ngarenanyuki Ward, 85 teachers participated in the conferences, and in the Leguruki Ward, 111 teachers attended the conferences. Since the primary teachers do not often work in English, the workshops were held in Swahili and English.

We also continued our commitment to developing student leaders and improving student-teacher relations by conducting a one-day student leadership conference. This year the Student Leadership Conference was hosted at Mount Meru University in Arusha. In attendance were 25 primary and secondary school students from the Leguruki Ward (14 students) and from the Ngarenanyuki Ward (11 students). Head teachers were asked to select one student from each of their schools to attend the conference. The criteria for selection were discussed at the head teacher and district officer conference. This one-day event was conducted by four teacher facilitators who were randomly selected from members of the teacher facilitator team who expressed interest in participating.  For the first time, the Canadian team decided to turn facilitation of the event over to the EBB Tanzania team. A huge THANK YOU to our team who volunteered for the 2015 program: