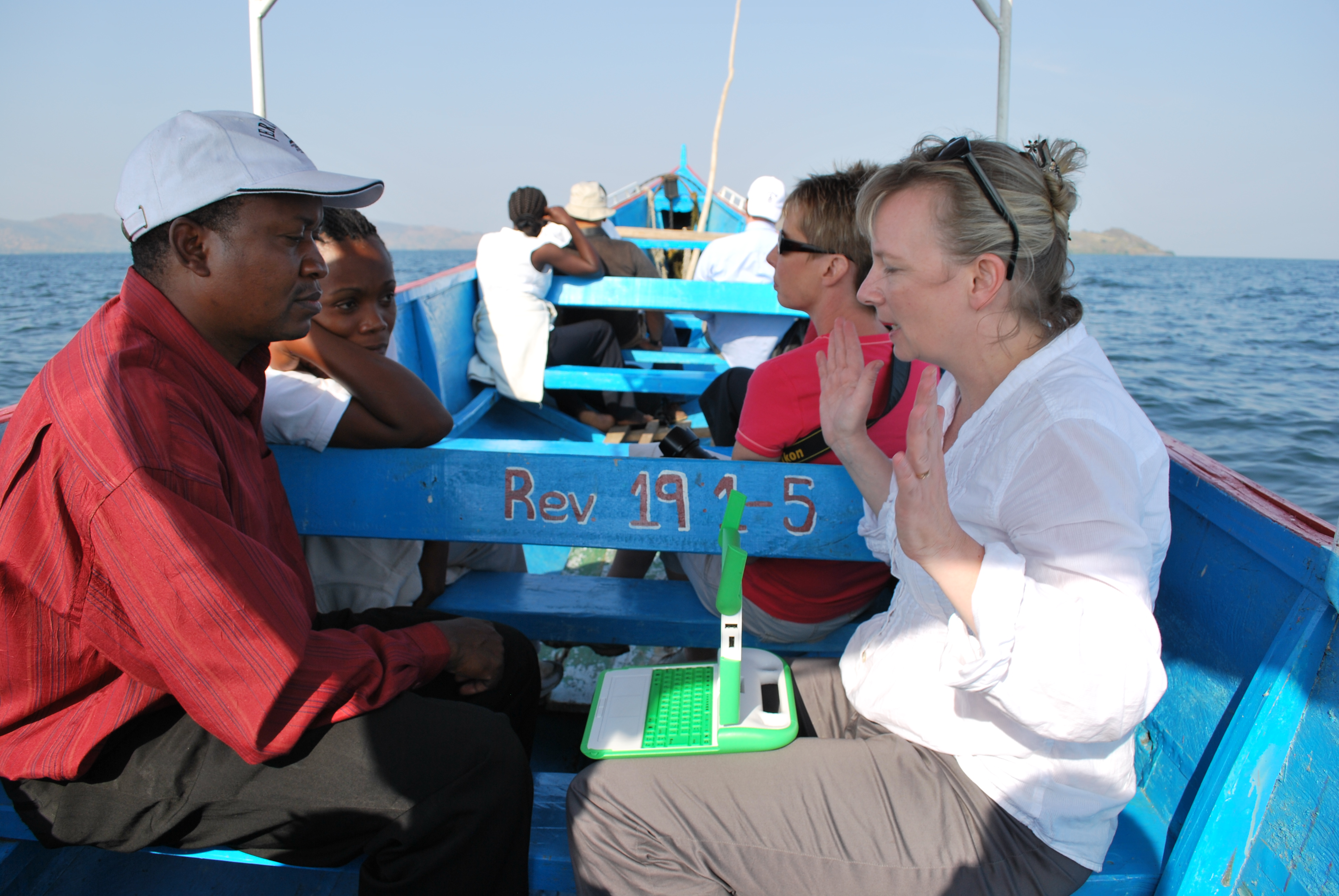 After weeks of reflection, I have finally composed and submitted a final report as team leader for TWBC '09 and our trip to Africa.

Below are some of the highlights of the trip.

July 6-10- Workshops offered by TWBC and Edunova to teachers in Philippi Township at Liwa Primary School. Approximately 50 in attendance

July 28- Arrive in Mbita on shores of Lake Victoria - 2 concurrent sets of workshops offered to teachers in the area; partnering with The African Center for Women, Informations and Communications Technology(ACWICT); ICT workshops for about 50 teachers. Participating teachers are hand-picked by the District Education Officer.

August 10 - Arrive in Gilgil at Utumishi Academy for 1 week of workshops for 75 selected teachers in the Naivasha District; partnering with the Kenyan Ministry of Education. Workshops in maths, science, English and ICT will be offered. Participating teachers are hand-picked by the District Education Officer.

We head home on August 17th.

Preparation
The team began to meet once a week over Skype (VOIP application) beginning in April '09. At the time, we believed we would be providing elearning workshops for Eastern Cape facilitators during our first week in South Africa. A good deal of time was spent on familiarization with the moodle environment and discussing best approaches for delivering content.

We created a moodle environment and used it to collect and store digital content.

While there was some frustration expressed that our time could have been used in a more efficient manner as we planned, the commitment to the weekly meetings was taken very seriously by the team members and it fostered team-building that served us well once we were in Africa.

When Charles Robert Adjah contacted us in late May with the unfortunate news that we would not be able to go forward with the elearning workshops during the first week in July, we had to change our plans and rebook our tickets to go straight to Cape Town.


Week 1 - July 6-10 2009
Our first full day in Cape Town was spent providing background culture and context to the new team members. We spent some time at the primary school hosting the workshops so we could familiarize ourselves with resources and the stability of the school computer lab and Internet access. Two SmartBoards were also in other classrooms.

The logistics of registration and refreshments were handled very well by Edunova.

Workshop content included basic computer skills, ICT strategic planning, effective presentation skills (PowerPoint), Internet search skills, lesson-planning and evaluation of ICT. In general, feedback from the participants was that they desired more time for hands-on practice and thought that one week was too brief. We received many enthusiastic responses from the participants. Since we have returned to Canada, I am very pleased to say that I have heard from a number of those South African teachers. This year is a marked difference from last year when we heard very little from them. The ning site we created for the teachers (http://ictchamps.ning.com/) remains active - this in large part to the efforts of Khanyiso Tose and Quinton Davis from Edunova.

The participants to this week's workshops were Edunova and Khanya ICT facilitators from across the province. About 70 facilitators participated representing a large number of schools.

Week 3: July 20-25 2009
The final week was spent in debriefing meetings with Edunova (Monday) and Khanya (Friday), school visits and additional ICT workshops to the Edunova facilitators (SmartBoard, multimedia and moodle).

The debriefing meetings were valuable times for communication and clarification about frustrations, disappointments, expectations and communication.

School2School Classroom Connections
Each TWBC team member had been encouraged to be on the lookout for potential school2school classroom connection teacher partners. Several teachers were approached and agreed to try to maintain contact after the Canadians returned home. To date, some emails have been exchanged. As well, several video skype meetings have taken place between two teachers in particular, Mncedisi Soga (Siyazhaka Junior High, Cape Town) and Ian Vaithilingam (Toronto). Plans are in the works to maintain contact even after the change of academic year for those in the southern hemisphere. A donated Flip camera was given to Mncedisi, Maxwell Foma (Phakama Secondary School) and Zoleka Mzonyane (John Pama Primary School) in order to support the potential of video and photo exchanges between classes and students. The Edunova facilitators were asked to provide some support to this initiative.

Again, feedback from participants was very positive. Reflections posted throughout the week in the ning forum discussion areas show insight and enthusiasm from the workshop participants.

A special note of thanks to Dan Otedo, our awesome NGO partner and cultural interpreter!!

Venue:
The Suba Resource Centre is a unique establishment and, for the first year of TWBC's visit to Kenya, I think it was the most appropriate choice. By having it there, we recognized the accomplishments of those volunteers who had worked so hard to create and maintain it. The choice of venue did not go unnoticed by the DEO who felt a school would be far more appropriate. The success of the workshops in an establishment outside of the reach of the ministry of education underscored to the ministry the need to become more involved in this initiative.


July 28th-July 31st - School Visits
Visits to the following schools were made during a three day period:

These visits were absolutely invaluable in providing the team with deep insights into the issues and challenges facing the education system in the Mbita area and in Kenya in general. We were also able to make face-to-face connections with teachers who later came to the week of workshops. Without that personal contact, I am certain those teachers would not have come to the workshops. I think of two teachers in particular - Hellen Odenga and Erick Omondi Ojwala who were persuaded to come to the workshops only as a result of our visits to their schools.

Workshop Content
It was apparent that most teachers had little access to computers and were very beginner users of computer technology. It was also apparent that the teachers faced grave challenges of basic resources and access to professional development opportunities. We therefore thought it best to provide a good deal of methodology and teaching strategies that they could incorporate into their teaching practices with or without ICT tools.

Session I - get to know you session - ice-breaker

Session II - Why integrate technology? What is ICT?

Session IV - Use Word to model

After Lunch – “How are we doing so far?” Check in

A debriefing meeting with the newly installed local DEO, John L. Ololtuaa took place on the final day before the awards ceremony. He appeared to be an enthusiastic supporter, though very new on the job.

Fragile and faulty equipment paired with unanticipated power outages (of which there were fewer than expected!) made the week challenging. The team was very flexible in changing plans, sometimes in the moment, and we would carry on in spite of power interruptions. Fortunately, having the Flip cameras, cell phones and laptops with powered-up batteries helped us to just continue on. By doing so, we also showed the teachers that they did not have to rely on a computer lab in order to use ICT tools for educational purposes. The Kenyan teachers were amazed at how much could be done with such simple tools.
eGranary:

The installation of the eGranary was a highlight of our visit to Mbita. It seems like such a simple concept, yet it is such a powerful resource for people who have so little access to educational resources. My hope is that power can be restored soon to the Suba Centre so the computers can be turned on again and the eGranary be used. An issue to be raised now is how much we should get involved in making certain that this resource be used to its full potential.

In closing, I just want to reiterate the phenomenal outstanding job the team members contributed to this initiative. It was not just that the content and even the delivery of the workshops was, in my opinion, world class, it was their generous spirits and the way they could relate to the Kenyans that made our visit such a success. They were willing to take risks, make sacrifices and form relationships in a demanding situation. We did not experience conflicts or disagreements. Without a doubt, these individuals were outstanding professionals even after we returned "home" every night, hot, dusty, and sometimes overwhelmed by the needs we saw around us. We laughed together quite a lot.

My experiences in July and August stretched me beyond what I had expected. I learned a great deal from my colleagues on my team and quite a bit from South African and Kenyan educators as well. It is not a trip that would be advisable for future team members - two countries, three venues and four sets of workshops meant too many people to meet and keep up with! However, I have no regrets about my decision to do the long haul this time around. It meant being able to witness the return of teachers from last year to report how much TWBC workshops had a lasting impact on them. It was a remarkable and gratifying life moment. It would be a privilege to serve as team leader again in the future - thank you, TWBC for this incredible opportunity!

Comment by Mali Bain on December 4, 2009 at 14:39
great to hear your reflections... what an amazing set of experiences in two very different parts of the same continent!