There's a movement in South Africa to equip every teacher with a laptop. The plan has undergone a number of major changes over the last year or so, but in the current incarnation, teachers are eligible for a stipend from the government if they purchase a laptop to use in preparing and delivering instruction. 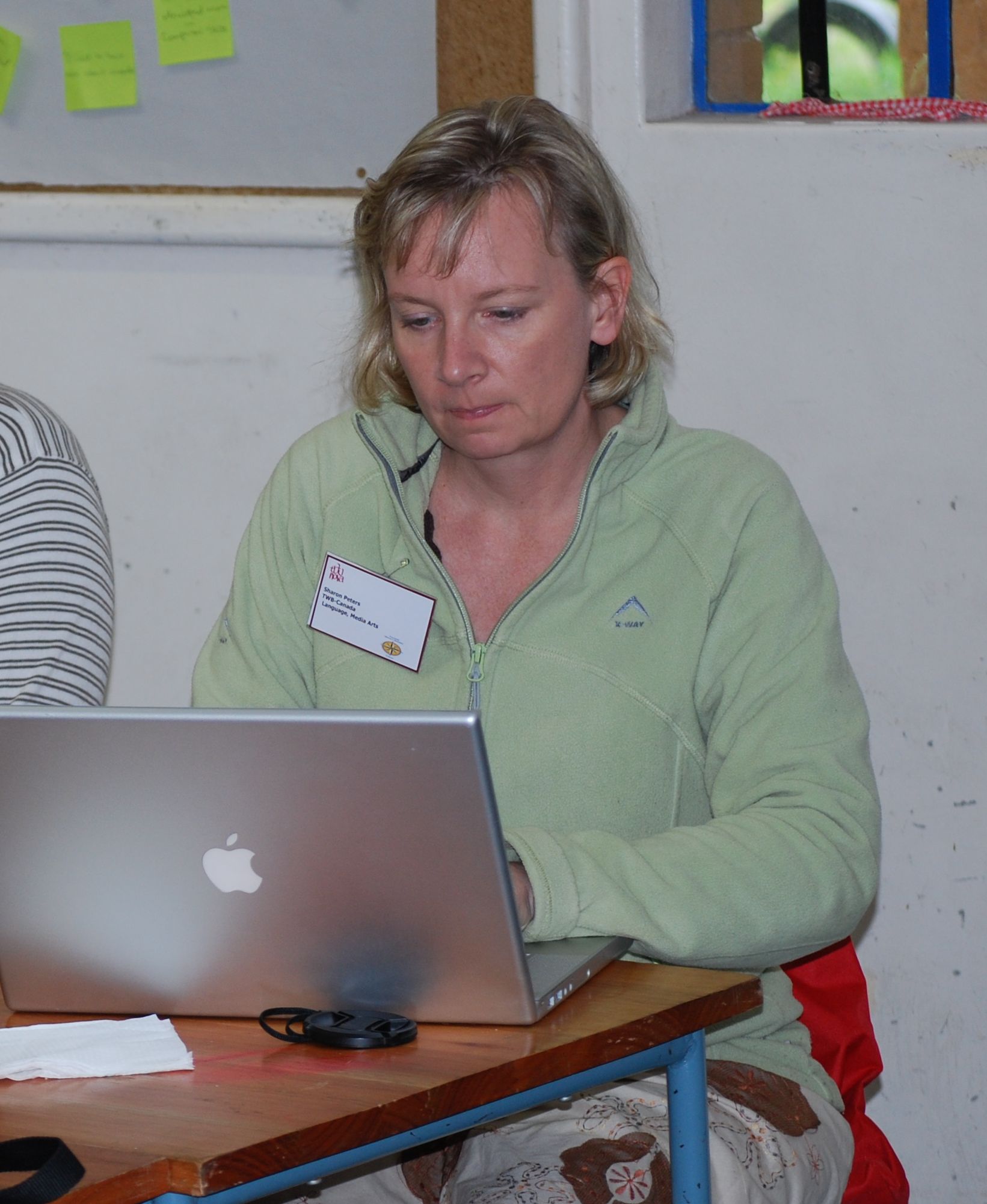 In the schools, computers are scarce. A school might have a computer lab or two, but there aren't any computers in the classrooms. In many cases, I've seen SMART Boards and mounted projectors, but no computers connected to them. It's unclear whether there are laptops available for the teachers to sign out and use with the boards, or if they're expected to find their own computers.

Every teacher having a laptop makes a lot of sense on the surface. It would solve the problem of not having computers in the classrooms. It would alleviate the security concerns that would result from leaving computers in the rooms (Khanya spends R40,000 -- about $5,000 US per computer lab on security, and that doesn't include what the schools spend on security systems and additional protection measures). And, laptops for teachers would solve the problem of teachers not having computers at home.

Yesterday, one of our sessions with the Khanya and Edunova facilitators was on instructional uses for the laptops. If a teacher were to have one laptop available in the classroom, how would that change instruction? What could they do with it that couldn't be done without it? The participants were mostly former teachers who are now employed by these agencies to work with schools and teachers on technology issues. I get the sense, though, that their focus has primarily been on hardware and operational technology, and less on instructional integration. We're trying to fill some of those gaps this week with our workshops.

Working in groups, they brainstormed innovative ways to use a laptop with students. Most of the suggestions involved using the computer to provide some sort of direct instruction. With a computer and projector, they could project math tutorial software, and have the students complete the exercises at their seats. Or, students who are behind can use instructional software for remediation. In primary schools, the use of a laptop as a center was popular, though few people actually identified what the students would be doing in that center. There were also some suggestions of using the Internet to look up information online. With some prompting from Jody, they were also able to come up with some more innovative uses that promote problem solving and collaboration.

But the individual conversations told a different tale. During the exercise, there was some confusion about the other technologies needed to do these things. The likelihood of having a projector, for example, is pretty low. The same is true for network access. The schools don't have wireless networks, and the classrooms aren't wired for internal wired networks. So the teachers would have to use cellular Internet service, which is pretty expensive. In many classrooms, it's even difficult to find a working electrical outlet, a situation that reminded me more of home than I'd like to admit.

The issue of support is also a big one. Last week, teachers indicated that technical support was one of the major barriers to effective technology use in the schools. When problems occur, there's no one to fix them. It can take weeks to get even the simplist problems resolved. And that's with very tightly controlled computers in labs with standard configurations. Let the teachers go out and buy laptops from multiple vendors and manufacturers, give them complete access to the systems to install software and change configurations, and add the problems inherent with mobility (accidental damage, theft, battery life), and you have a support nightmare. It seems clear that the schools need to double their technology support efforts to meet the existing demand. If they add laptops to the mix, they're going to need dedicated tech support people in each school. I don't know what the details for support plans are, but I'm pretty sure they're not even close to having a tech person for each school.

Laptops are an attractive option. Their portability solves a lot of problems. But I'm not sure the necessary groundwork has been laid to make this a successful project. And they're really expensive, with a total cost of ownership about double that of a desktop. It will be interesting to see how Khanya and the schools overcome these challenges.